The UI has three release channels which are configured by the channels.json file. The channels are:

The release process is based around a four week cycle.

After the fourth week the cycle repeats from week one. This is so that:

NOTE: The channel setting is persistent across page reloads.

To change the channel the UI is using between stable and canary you can use the toggle on the entrance page. 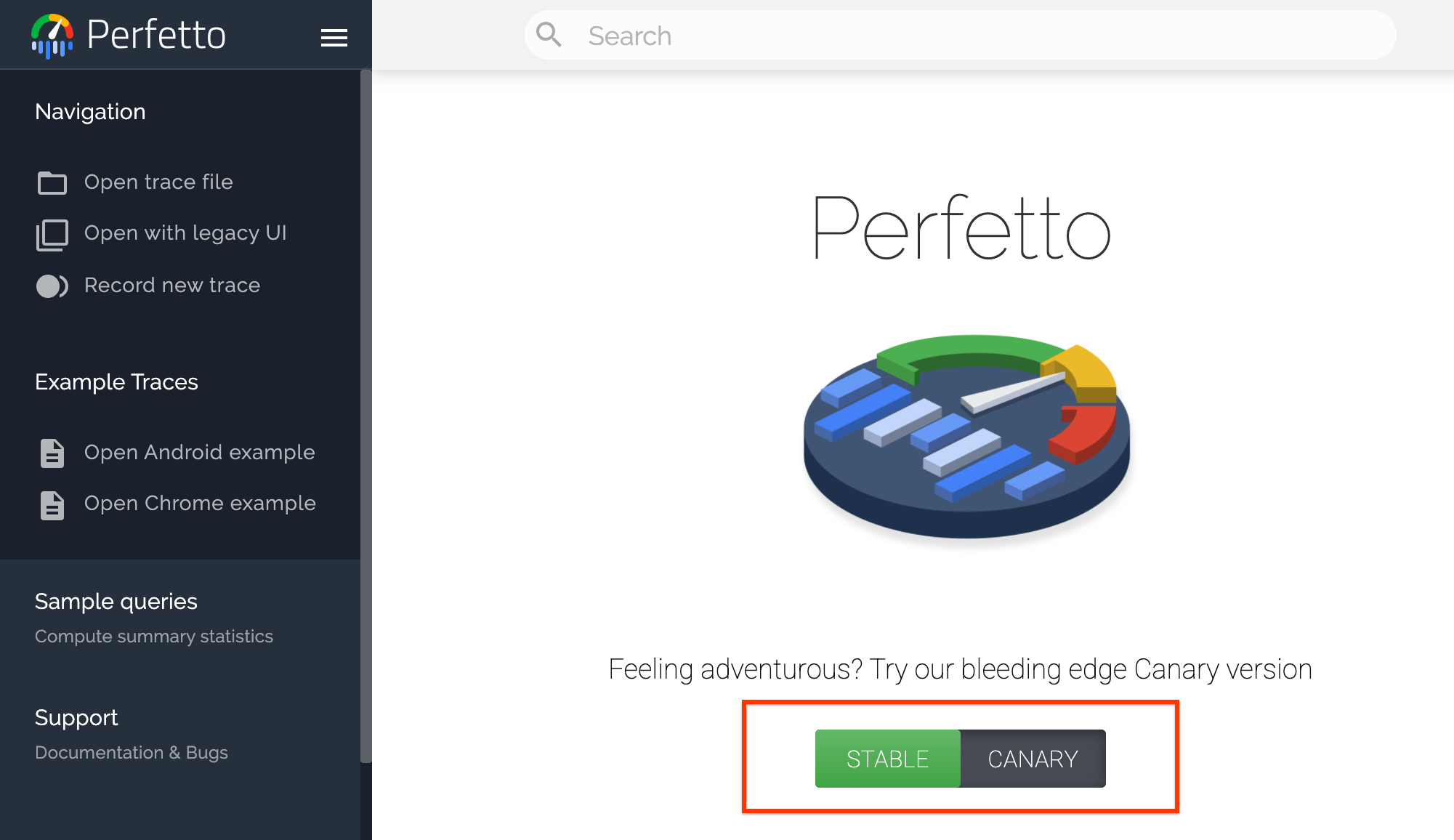 To change to the autopush channel, open the Flags screen in the Support section of the sidebar, and choose Autopush in Release channel. 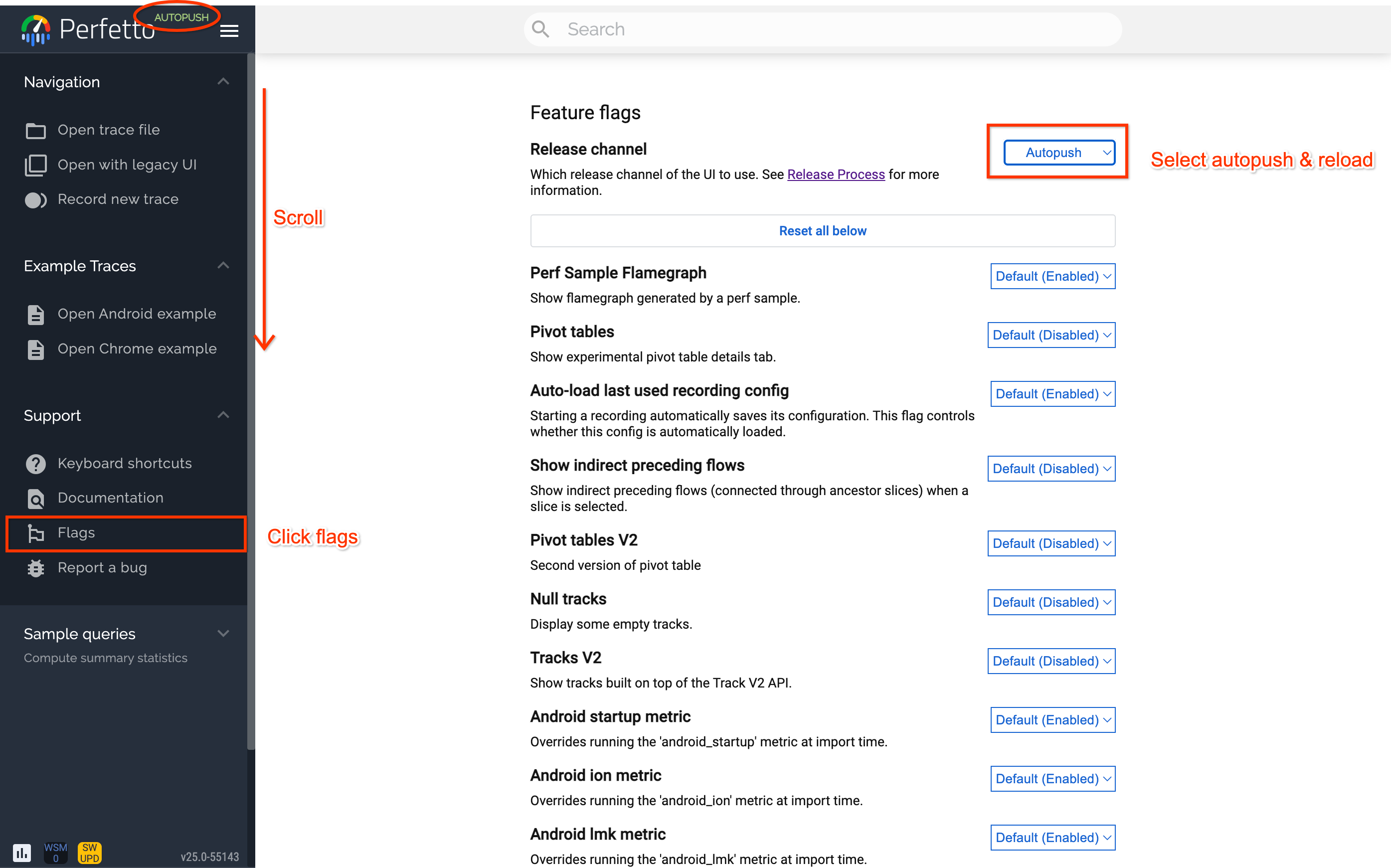 Which version am I using?

You can see the version of the UI you are currently using in the bottom left hand corner of the UI.

Clicking on the version number takes you to Github where you can see which commits are part of this version. The version number format is v<maj>.<min>.<Commit SHA1 prefix> where <maj>.<min> are extracted from the top entry in the CHANGELOG.

If a change needs to be backported onto canary or stable branches, do the following:

Once the cherry-picks are landed, send out a CL to update the channels.json in the master branch. See r.android.com/1726101 for an example.

The state of channels.json in the other branches is irrelevant, the release infrastructure only looks at the master branch to determine the pinning of each channel.

After the channels.json CL lands, the build infrastructure will pick it up and update ui.perfetto.dev within ~30 mins.